Posted on February 1, 2008 by Rakesh Agrawal 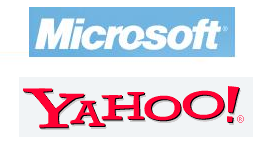 The announced Microsoft bid for Yahoo! means a lot of different things for lots of people. An emboldened competitor for Google. A stronger ad network for advertisers. Heightened acquisition hopes for AOL. Better benefits for Yahoo! employees. (Microsoft has the best benefits I’ve seen in the industry.)

But what does it mean for every day consumers? The biggest impact is likely to be in the mobile space. Microsoft’s ownership of the Windows Mobile OS and Yahoo’s large audience and mobile applications could revolutionize the industry.

As revolutionary as the iPhone is, it’s not a true network device. Apple did a terrific job integrating four devices – phone, Internet tablet, media player and camera – into one.

Even as our lives get more and more digitally connected, the cell phone remains a remote island of information. Someone needs to build a device that integrates the Internet seamlessly.

Some variations of a few of these features, like the network address book and calendar, exist in enterprise-focused devices. Yahoo! Go is an excellent consumer application that includes features such as a flickr viewer, but without integration into the OS isn’t as great as it should be.

Microsoft’s ownership of the phone OS, deep integration of Yahoo! Go and their combined consumer audiences could be combined to create a phone that out Apples Apple.

ObDisclaimer: These are my personal views and do not reflect the views of my employer.

Rakesh Agrawal is Senior Director of product at Amazon (Audible). Previously, he launched local and mobile products for Microsoft and AOL. He tweets at @rakeshlobster.
View all posts by Rakesh Agrawal →
This entry was posted in aol, google, iphone, microsoft, mobile, mobile search, social networking, wireless, wireless data, yahoo. Bookmark the permalink.
%d bloggers like this: