Lighting up Google Maps in red and green 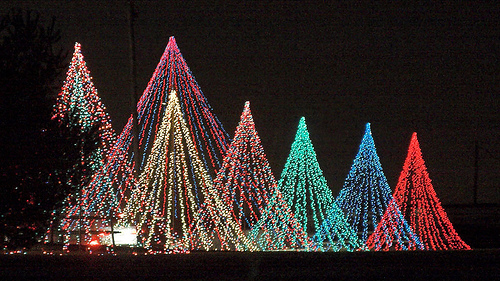 Google’s LatLong blog reports that The Ledger in Florida has published a Google My Map of Christmas lights in and around Lakeland, Fla. It’s great that newspapers are finally starting to use open Internet tools to help tell the story. I’ve written before about how news outlets used My Maps during the California wildfires.

It would’ve been nicer if The Ledger included pictures. Instead, they have descriptions like this:

How many times does the “picture is worth a thousand words” have to be repeated for it to stick? Kudos to The Ledger, however, for allowing users to edit the map by adding their own favorite light displays.

Now if you had a Dash, you’d be able to see the map of light displays as you’re driving around.

Rakesh Agrawal is Senior Director of product at Amazon (Audible). Previously, he launched local and mobile products for Microsoft and AOL. He tweets at @rakeshlobster.
View all posts by Rakesh Agrawal →
This entry was posted in google, journalism, maps, mashups, media, newspapers, satellite navigation. Bookmark the permalink.

1 Response to Lighting up Google Maps in red and green