How customer service should be done 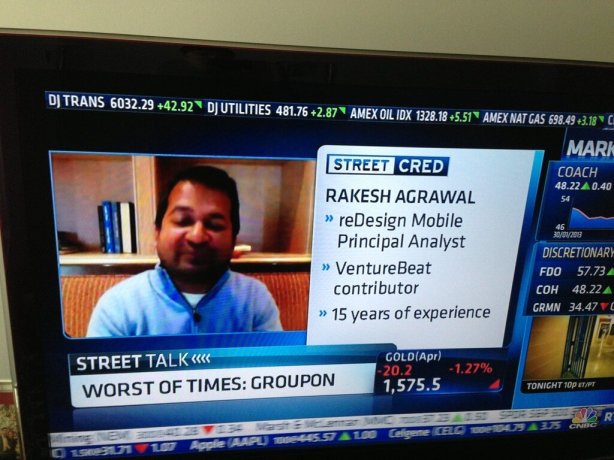 Last week I was skiing in Deer Valley when Groupon’s terrible earnings came out. While I was skiing, I got an email from CNBC asking if I could come on air to talk about them. We tried to get me into a studio in nearby Park City, but for logistical reasons, it wouldn’t work.

I knew there was a hotel at the bottom of the hill. I wasn’t staying there, but I thought I gave them a call.

I called the concierge at the St. Regis from the slopes and asked if there was a space where I could do a Skype call for a TV interview. Jeanine said she would have to check with the manager. While I skied down, she checked. By the time I was on the lift back up, she’d called and texted me. She found a quiet space.

When I arrived, she guided me to the location. She volunteered water, note paper and a pen. She also noticed that there was music playing in the background in the room and turned it off.

That’s incredible service, especially for someone who isn’t a paying guest. I never mentioned that I’m a Starwood Lifetime Gold member. I’ll be back in Deer Valley — and next time, I plan to stay at the St. Regis.

You can watch that CNBC segment here.

Rakesh Agrawal is Senior Director of product at Amazon (Audible). Previously, he launched local and mobile products for Microsoft and AOL. He tweets at @rakeshlobster.
View all posts by Rakesh Agrawal →
This entry was posted in customer service, travel. Bookmark the permalink.
Loading Comments...
Comment
×
%d bloggers like this: