Decline in the U.S. newspaper industry in 3 charts 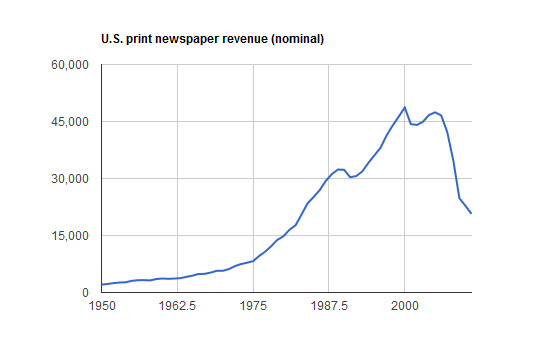 Now take the inflation adjusted data and do a per capita calculation. Newspaper revenue is a tiny fraction of its peak and less than half of 1950 levels. 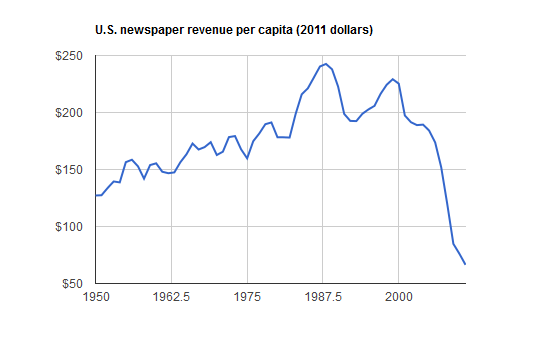 Rakesh Agrawal is Senior Director of product at Amazon (Audible). Previously, he launched local and mobile products for Microsoft and AOL. He tweets at @rakeshlobster.
View all posts by Rakesh Agrawal →
This entry was posted in journalism, newspapers. Bookmark the permalink.
Loading Comments...
%d bloggers like this: